A Matter of Opinion 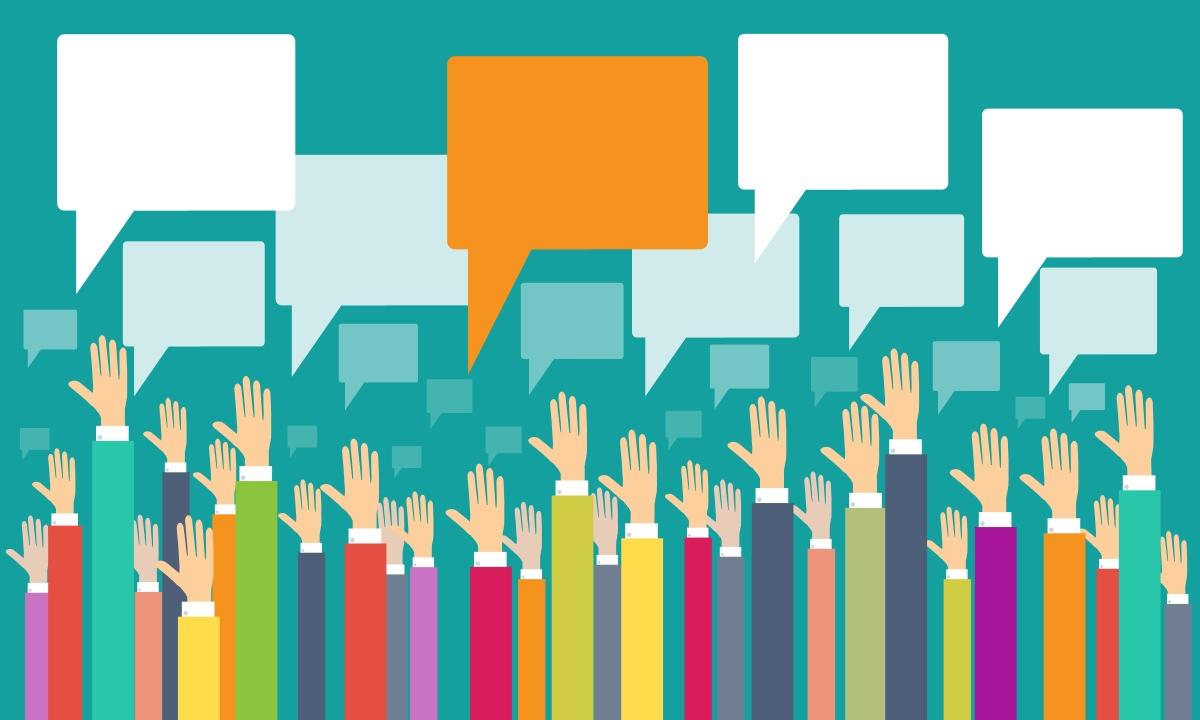 You can respect someone else's opinion without accepting it or agreeing with it.

In the era of social media, gaslighting, trolls and dog whistling, does the above adage still hold a general truth, does it stack up?

What is an Opinion?

1. a view, belief or judgement formed about something or someone, not necessarily based on facts or complete certainty.

2. a statement of advice by an expert on a professional matter.

Communication is about exchanging information and ideas with others. We each have unique ways of communicating with one another. When we understand the differences in our communication styles, we can apply this knowledge to relate better to family members, peers, friends, neighbours, strangers, work colleagues and customers, in fact, in all our personal and interpersonal relationships.

While listening to someone else's point of view, belief or opinion we should refrain from interrupting while they are talking unless they are inciting unlawful behaviour, violence or hatred.

Likewise, we can ask that they not interrupt when we take our turn. We should try to truly listen to what a person says and try to understand where they're coming from while we're listening.

The conversation can take the form of a point by point dialogue or a series of monologues where each person takes an equivalent amount of time to express their ideas and opinions.
from What communication style do you use?

Self Help gurus also advise us to:

Search for the grain of truth in other opinions.

This aphorism suggests an approach that gives us an opportunity to enrich our communications with others, find points of agreement or merit in their opinion and potentially learn from them or about them, if we engage in 'Deep Listening'.

Active Listening was a popular term and practice during the 1990s and is a good foundation but this practice requires the listener to paraphrase the speaker.

Executive coach and author, Oscar Trimboli, suggests that paraphrasing the words of others in our own language brings with it "our own assumptions that we are not conscious of...we need to listen beyond the words in colour not black and white."

Trimboli points out that Deep Listening doesn't just involve "listening to the content but also meaning, context and most importantly, the unsaid."

1. Do I just look like I'm listening while I am in fact already solving the speaker's issues in my mind?

2. Do I finish the speaker's sentences when they pause because I know what they're going to say?

3. Do I interrupt the speaker before they finish?

Active Listeners help make sense of what the speaker is saying.

Deep Listeners help the speaker make sense of what they are saying.

There are 5 levels to Deep Listening:

4. Listen for the Unsaid

Deep Listeners are in the present with a willingness to have their minds changed. 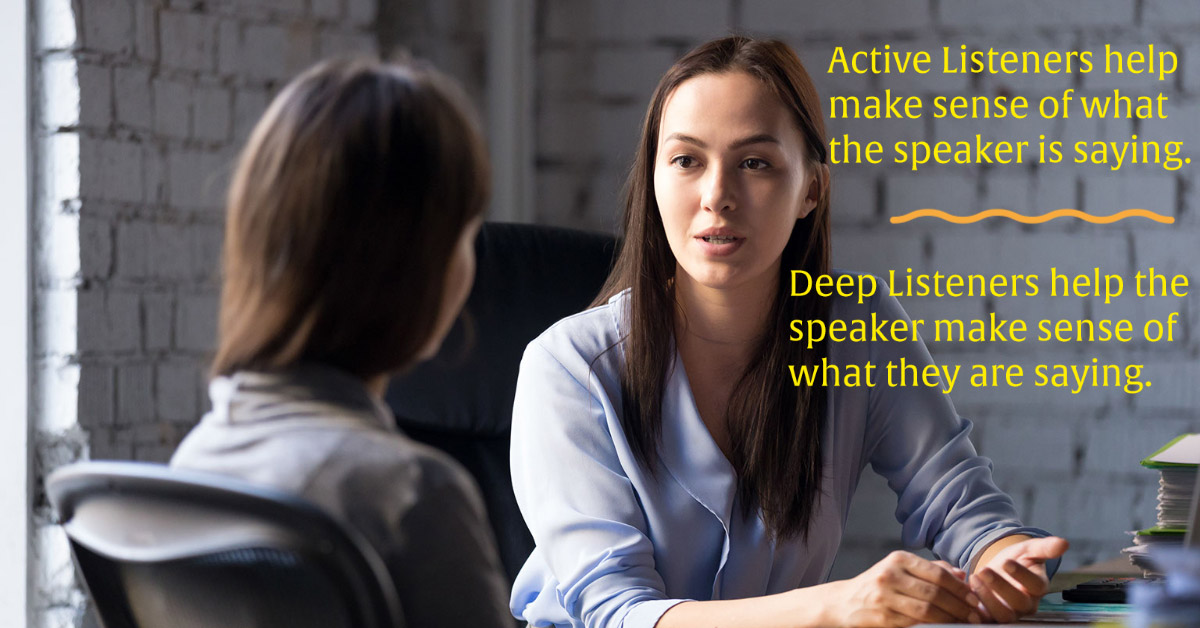 Should we feel obliged to 'respect' someone's opinion simply because a popular adage suggests we should?

What if someone's opinion promotes physical, sexual or financial control, abuse, violence or hatred towards an individual, women, children, another race, culture, religious or community group?

The aphorism at the top of this article no longer appears to stack up, if indeed it ever did.

The following adage is also flawed:

When you respect someone's differing beliefs or opinions, you see them as a person.

Recent events surrounding the revelations that a young staffer, Brittany Higgins, was allegedly raped in a Minister's Parliamentary office in Canberra elicited the following audible response from Minister Reynolds in front of other Parliamentary office staff after Ms Higgins spoke to the media about her ordeal: 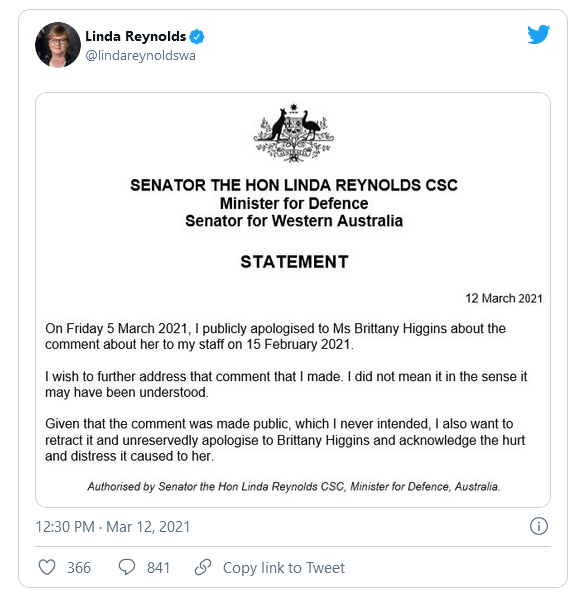 Perhaps for our times, a more flexible and appropriate adage (i.e. a general truth or guide) could be:

While we might accept another's right to express an opinion, we do not necessarily have to respect the opinion or agree with it or accept it.

However, even this 'guide' is flawed. We may not even accept someone's right to express an opinion if it incites hatred and violence towards others. The right to have an opinion also comes with legal, ethical and moral responsibilities.

The discussion regarding the right to hold an opinion has been raging across three millennia (at least). And who better to turn to for some insights than the Greek philosopher Socrates (469-399 BC).

Socrates believed that philosophy should achieve practical results for the greater well-being of society. He attempted to establish an ethical system based on human reason rather than theological or political doctrine.

1. a view, belief or judgement formed about something or someone, not necessarily based on facts or complete certainty.

Socrates thought we would discover our true nature when we turned our gaze inward in search of self knowledge. One's true self, according to Socrates, is contrary to the opinion of the masses and not to be identified with what we own, with our social status, our reputation, or even with our body.

According to Socrates, the key difference between opinion and knowledge is that knowledge is stable while opinions are fickle. Knowledge is different because one not only has a particular claim or sense about something [as found in an 'opinion'], but also explanations and justification for it.

2. a statement of advice by an expert on a professional matter.

Socrates compares a wise man's (sic) opinion on what is real, true and good to a doctor's opinion on the body: it is credible because it is rooted in a specialized expertise. Socrates maintained:

Respecting the opinions of the unwise majority... would be as dangerous as taking medical advice from a layman.

Socrates did not try to transmit information for others to passively receive (students as empty vessels) as was the pedagogy of the time. Rather, he helped others recognize through their own questioning of their opinions what is real, true and good. 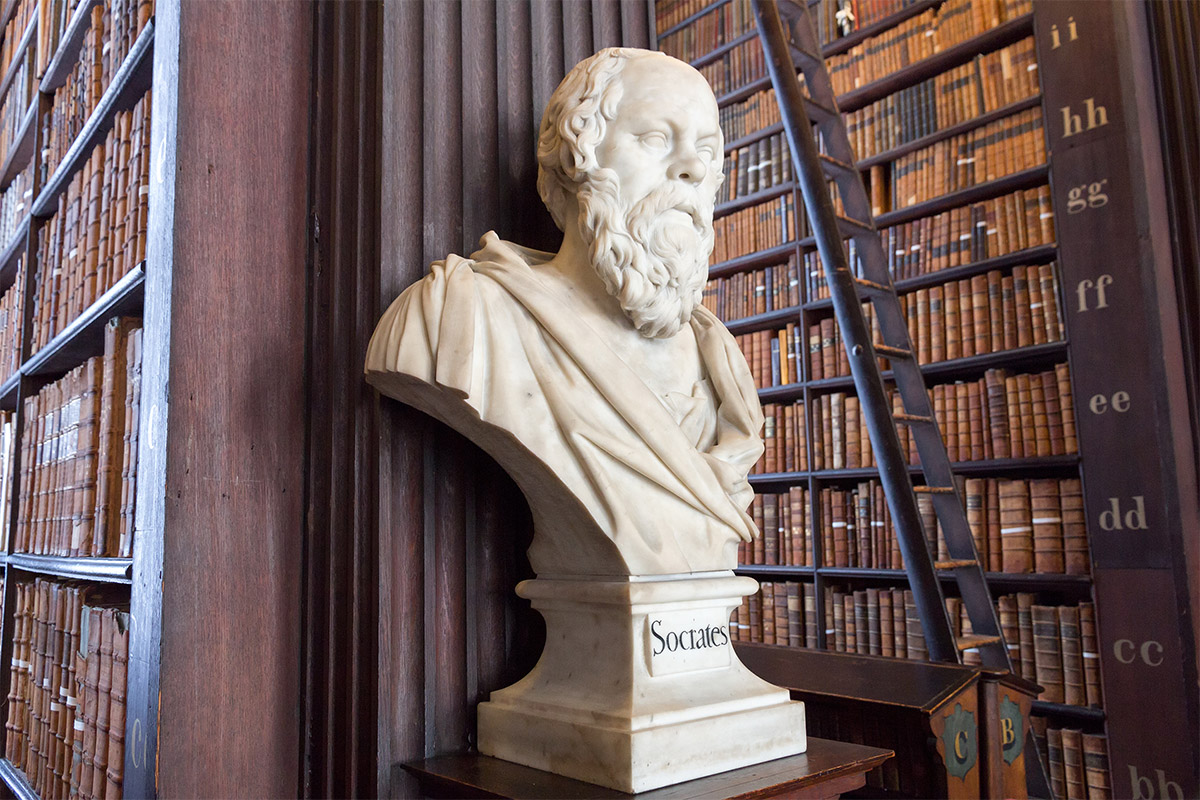 Socrates could usually be found in the marketplace and other public areas, conversing with a variety of different people—young and old, male and female, slave and free, rich and poor.

Socrates' lifework consisted of the examination of people's lives, his own and others', because "the unexamined life is not worth living for a human being," as he said at his trial (Plato, Apology 38a).

Socrates pursued this task single-mindedly, questioning people about what matters most; for example, courage, love, reverence, moderation, and the state of their souls generally.

The 'Socratic method' is a form of cooperative, argumentative dialogue between individuals, based on asking and answering questions to stimulate critical thinking and to draw out ideas and underlying presuppositions. Through his questioning technique, Socrates was known for confusing, stinging and stunning his conversation partners into the unpleasant experience of realising their own ignorance, a state sometimes superseded by genuine intellectual curiosity.

Socrates insists that the truth is fully independent from public opinion. For this reason, there's no reason to worry about how others perceive one's actions, so long as they're undertaken in accordance with the greater good.

The soldier-historian, Xenophon (430-354 BC), says explicitly of Socrates, "I was never acquainted with anyone who took greater care to find out what each of his companions knew" (Memorabilia 4.7.1).

Plato (427-347 BC) corroborates Xenophon's statement by illustrating throughout his dialogues Socrates' adjustments to the level and type of his [open] questions to the particular individuals with whom he talked.

An open-ended question is a question that cannot be answered with a "yes" or "no" or static response.

The advantages of open questions (How, Where, When, What, Can you Describe…? etc) are that they permit an unlimited number of possible answers. Respondents can answer in detail and can qualify and clarify responses.

Open questions permit adequate answers to complex issues. Unanticipated findings can be discovered and they permit creativity, self-expression, and richness of detail from the respondent.
Open questions reveal the respondent's logic, thinking process, and frame of reference. However, one of the disadvantages of open questions is respondents can be intimidated by the questions.

Open questions are useful in soliciting the knowledge, training, experiences, beliefs and opinions of others prior to us deciding whether to accept, agree with or respect another's opinion.

On the other hand, Socratic questioning may lead us to the conclusion that we cannot respect, accept, agree with, or even respect the other person's right to express an opinion, if the opinion is not "true, real or for the greater good." 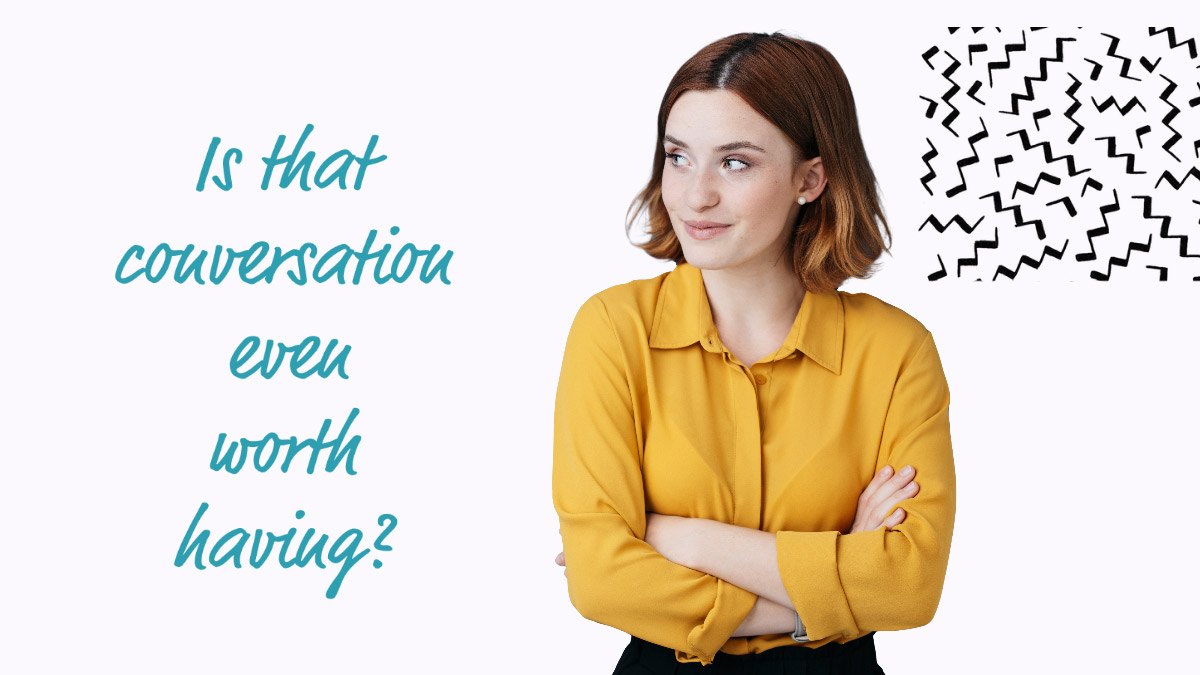 When engaging in a conversation with someone that is based on their view, belief or judgement formed about something or someone, not necessarily based on facts or complete certainty, the first thing to decide is whether that conversation is even worth having.

Seeking opinions and "stunning conversation partners into the unpleasant experience of realising their own ignorance" can be dangerous.

By seeking the opinions of others through his questioning technique, Socrates often revealed the ignorance, lack of morality, biases, greed, falseness, dishonesty, selfishness, naivety, narcissism, obsession with power and/or treachery of those with whom he engaged in conversation.

In 399 BC, after Socrates was was found guilty of "impiety" and "corrupting the young", he was sentenced to death.

Socrates was required to carry out his own execution by consuming a deadly potion of the poisonous plant hemlock. Politicians and historians have often used Socrates' trial to show how democracy can be perverted when it descends into mob rule.

Events in early 2021 surrounding the mob insurrection at the US House of Congress, during the supposedly 'peaceful transition' of power from Trump to President-elect Biden, is perhaps a contemporary parallel to the mob rule experienced by Socrates'.

The mob takeover of Congress was based on the unsubstantiated rumour/opinion/conspiracy theory that the Presidency was 'illegally stolen from Trump' by Biden and his Democratic supporters and voters i.e. Biden and others had 'corrupted the election'.

The victim-shaming by Minister Reynolds and 'gaslighting' and 'dog whistling' of other sitting MPs after Brittany Higgins went to the media with details of her rape inside Parliament House, the home of 'democracy' in Australia, revealed deep and ongoing sexism, sexual violence and misogyny within the seat of Australia's government.

One group of powerful 'conservative' male politicians were even exposed as proudly calling themselves the "big swinging dicks" during the public furore surrounding numerous cases of alleged sexual assault and rape within the National political arena.

DARVO describes how perpetrators of interpersonal violence deflect blame and responsibility when they are confronted about their abusive behaviour.

From the personal to the political, contemporary social media platforms (and elements of mass media) are increasingly being used by some 'citizens' and groups to "sustain alternate, conflicting realities" based on lies, rumours and popularist but often unsubstantiated opinions and conspiracies.

Perhaps this has always been the case. Even in the course of the emergence of the concept and practice of 'democracy' in Ancient Greece during Socrates' time the accusations of the public mob, based on their opinions, ensured Socrates' fate.

When considering matters of opinion, we should not necessarily feel compelled to follow the adage, "respect someone else's opinion even if we do not accept or agree it."

an opinion must be based on existing and new knowledge, demonstrable facts, verifiable evidence and some certainty of truth before it deserves respect.

knowledge is stable while opinions are fickle

Gration, S. What communication style do you use? 2019. https://www.goldcoastlogin.com.au/gold-coast/news/NewsArticle.jsp?News_ID=124