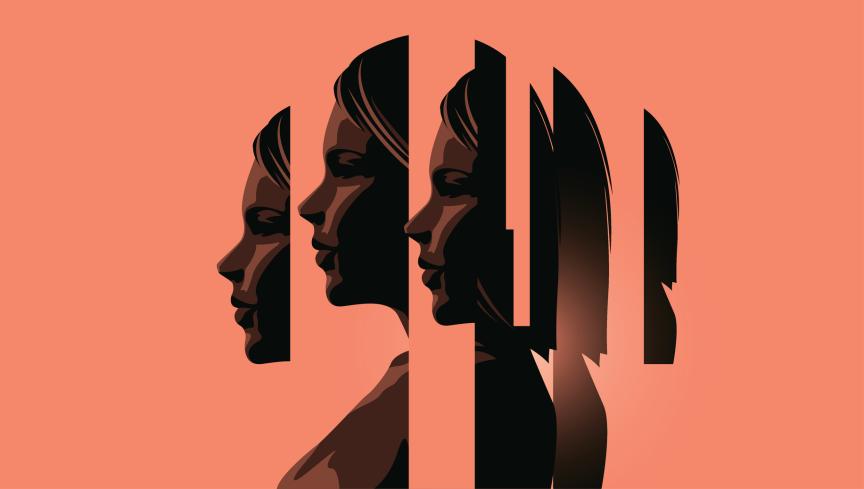 Learned helplessness is behaviour exhibited by a subject after enduring repeated aversive stimuli beyond their control. They come to believe that they are unable to control or change the situation, so they do not try even when opportunities for change become available.

In humans, learned helplessness is related to the concept of self-efficacy; the individual's belief in their innate ability to achieve goals.

The theory of learned helplessness also has been applied to many conditions and behaviours, including clinical depression, aging, domestic violence, poverty, discrimination, parenting, academic achievement, drug abuse, and alcoholism. 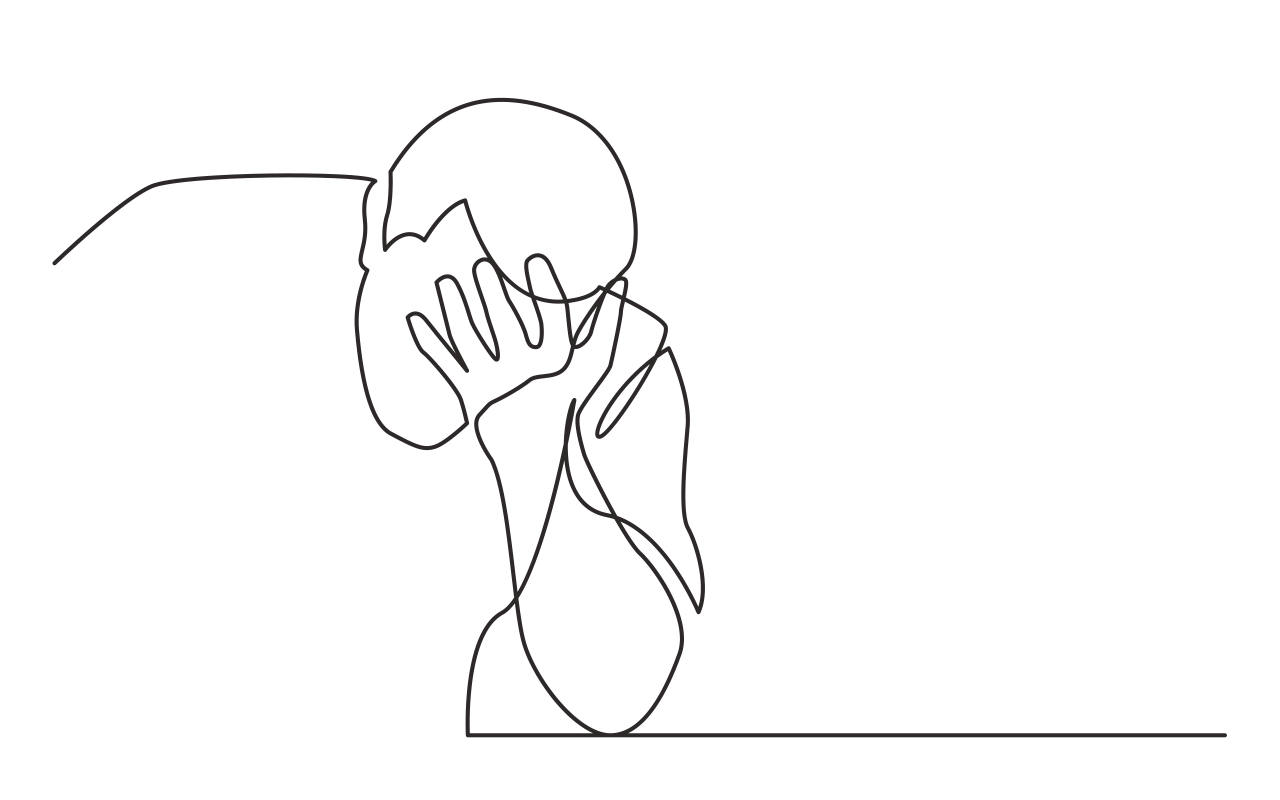 Learned helplessness theory was first described in 1967 and holds the view that clinical depression and related mental illnesses may result from such real or perceived absence of control over the outcome of a situation.

Learned helplessness was conceptualised and developed by American psychologist Martin E.P. Seligman and Steven Maier at the University of Pennsylvania during the late 1960s and '70s. They began their laboratory experiments with dogs and electric shocks; and then with humans and sound shocks.

While conducting experimental research on classical conditioning, Seligman inadvertently discovered that dogs that had received unavoidable electric shocks failed to take action in subsequent situation, even those in which escape or avoidance was possible. Whereas dogs that had not received the unavoidable shocks immediately took action in subsequent situations.

The experiment was replicated with human subjects using loud noise rather than electric shocks and yielded similar results. Seligman coined the term learned helplessness to describe the expectation that outcomes are uncontrollable.

People who perceive events as uncontrollable show a variety of symptoms that threaten their mental and physical well-being.

They may experience stress and often display disruption of emotions by demonstrating passivity or aggressiveness. They can also have difficulty performing cognitive tasks such as problem-solving. They are less likely to change unhealthy patterns of behaviour, resulting in neglect of their diet, lack of exercise and either requiring medical treatment or neglecting medical treatment.

Those with a pessimistic outlook also tend to have weakened immune systems having not only increased vulnerability to minor ailments (e.g., cold, fever) and major illness (e.g., heart attack, cancers), but also poorer recovery from health problems.

According to the American Psychiatric Association, Diagnostic and statistical manual of mental disorders (1994), major depressive disorder is diagnosed by the presence of at least 5 of the following 9 symptoms:

Combining the animal and human results in Seligman's laboratory experiments, learned helplessness produced eight of the nine symptoms with the only exception being suicide and suicidal thoughts—an unlikely symptom to be produced in the laboratory by mild aversive events.

Young adults and middle-aged parents with consistently pessimistic ways of expressing themselves often suffer from depression. They tend to be poor at problem-solving and cognitive restructuring, and also demonstrate poor job satisfaction and interpersonal relationships in the workplace.

Learned helplessness can be a factor in a wide range of social situations.

In 1978 Abramson, Seligman and Teasdale reformulated Seligman's work, using attribution theory. They proposed that people differed in how they classified negative experiences on three scales, from internal to external, stable to unstable and from global to specific.

Bernard Weiner proposed a detailed account of the attributional approach to learned helplessness in 1986: 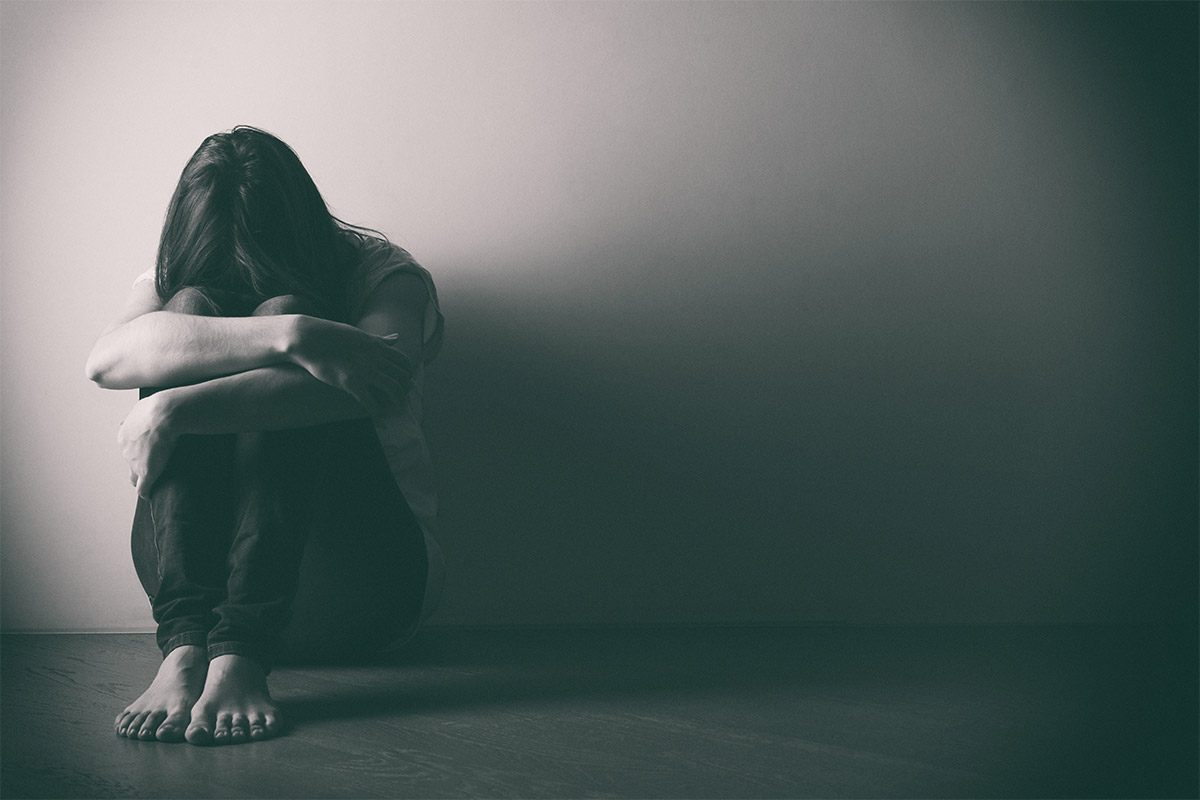 Social problems resulting from learned helplessness may seem unavoidable to those immersed in what seems like helpless (hopeless) situations. However, there are ways to reduce or prevent feelings of helplessness.

People can be immunised against the perception that events are uncontrollable by increasing their awareness of previous experiences, when they were able to influence the desired outcome. Cognitive therapy can be used to reveal to people that their actions do make a difference and can bolster their self-esteem.

Cognitive therapy (CT) is a type of psychotherapy developed by American psychiatrist, Aaron T. Beck. CT is one of the therapeutic approaches within the larger group of cognitive behavioural therapies (CBT) and was first expounded by Beck in the 1960s.

Cognitive therapy is based on the cognitive model, which states that thoughts, feelings and behaviour are all connected and that individuals can move toward overcoming difficulties and meeting their goals by identifying and changing unhelpful or inaccurate thinking, problematic behaviour and distressing emotional responses.

CT involves the individual working collaboratively with the therapist to develop skills for testing and modifying beliefs, identifying distorted thinking, relating to others in different ways and changing behaviours.

Swiss psychiatrist Carl Jung (1875-1961) was interested in the way in which symbols and common myths permeate our thinking on both conscious and subconscious levels.

Carl Jung was an early supporter of Sigmund Freud because of their shared interest in the unconscious. Like Freud, Jung regarded the psyche as made up of a number of separate but interacting systems. The three main ones were the ego, the personal unconscious and the collective unconscious.

Jung looked at areas of the mind that constitute the psyche, and the way in which they influenced one another. He distinguished the persona, or the image of ourselves that we present to the world, from our shadow, which may be comprised of hidden anxieties and repressed thoughts.

Jung described these shared concepts, as archetypes (Ancient Greek for 'original pattern') that permeate the collective unconscious and emerge as themes and characters in our dreams and surface in our culture in myths, books, films and paintings.

For example, many cultures have cultivated similar myths independently of one another, which feature similar characters and themes, such as the creation of the universe and heroic journeys resulting in episodes of self-discovery to find one's true self.

The Hindu epic poems, The Ramayana (circa 1000 BC) and The Mahábhárata (5th-6th Century BC) come to mind, in addition to the great Finnish orally-transmitted epic of the first millennium, The Kalevala.

Jung proposed that our primitive past becomes the basis of the human psyche, directing and influencing present behaviour. Jung also claimed to have identified a large number of archetypes but gave a special focus to four.

Jung labelled these archetypes the Self, the Persona, the Shadow and the Anima/Animus.

The Persona (or mask) is the outward face we present to the world. It conceals our real self. This is the public face or role a person presents to others as someone different to who we really are (like an actor).

The Anima/Animus is the mirror image of our biological sex, that is, the unconscious feminine side in males and masculine tendencies in women.

The Shadow is the animal side of our personality (similar to the 'id' in Freud). It is the source of both our creative and destructive energies. In evolutionary theory, Jung's archetypes reflect behaviours and attitudes that may have assisted in our survival.

The self brings a sense of unity in experience. For Jung, the ultimate aim of every individual is to achieve a state of selfhood (similar to self-actualisation) and a more humanist orientation.

The Shadow archetype is composed primarily of the elements of ourselves that we consider to be negative. Most of us do not show this side of the self to the outside world as it can be a source of anxiety or shame.

The Shadow may contain repressed ideas or thoughts which we do not wish to integrate into our outward Persona, but these must be resolved in order to achieve individuation. However, it may also include positive traits, such as perceived weaknesses like empathy which may not fit into the 'toughness' that a person wants to present as a part of their persona.

Jung believed that by acquiring the qualities of an archetype from the collective unconscious, we repress those attributes of our true self which do not conform to the archetype.

An example of the Anima archetype in Western literature can be found in Jane Austen's novel, Pride and Prejudice (1813), with the idealised male in the character of Mr. Darcey.

The Shadow archetype is found in the Mr Hyde character in R. L. Stevenson's The Strange Case of Dr Jekyll and Mr Hyde (1886). 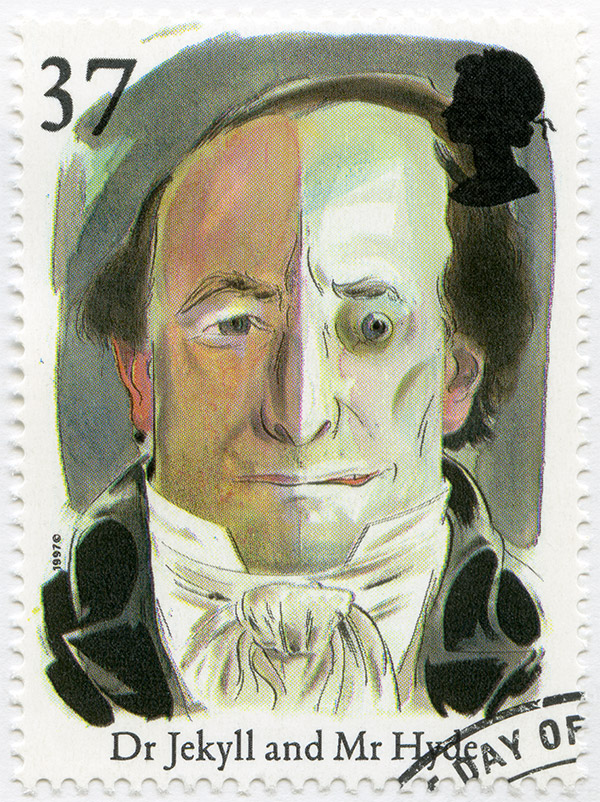 Jung identified a further 12 universal, mythic character or heroic archetypes that reside within our collective unconscious that represent a range of basic human motivations.

An example of Jung's Wizard archetype is found in the character, Gandalf, from J. R. Tolkien's novel, Lord of the Rings (1954). However, human subjects who have acquired 'learned helplessness' do not easily fit into any of Jung's descriptions of his 12 archetypes.

A reinterpretation of Jung's archetypes by Dr Carol S. Pearson in her book, The Hero Within (1986), explores "six archetypes we live by" that Pearson claims, "are more culture-specific [and] preside over individual development in Western culture."

Pearson acknowledges Jung's postulation of 12 archetypes as "deep and abiding patterns in the human psyche". However, for the purposes of applying archetypes to contemporary Western cultural influences on society, Pearson has redrawn these archetypes within the following six categories:

Pearson though, points out that the Innocent is "not an heroic archetype because when we live in paradise, there is no need for goals, fears, tasks, work etc. The Innocent is both pre- and post-heroic."

Of particular interest in relation to learned helplessness is Pearson's description of the Orphan archetype:

Pearson maintains that while the Orphan is more likely to accept interdependence and even look for and accept help, they also mourn and feel and admit pain. The Orphan is likely to mask despair and cynicism with addictions.

The Orphan's fear of pain and suffering is seen as the inevitable underside of a definition of safety that assumes that life should be only pleasurable and easy.

Pearson suggests, "The Orphan's problem is despair, so the key to movement is hope... Orphans more than any other [arche] type, need help crossing the threshold and embarking upon their heroic journey."

Pearson advises that an essential tool for helping Orphans is to establish that "they are not guilty" and to offer encouragement to begin talking about taking responsibility for their own lives.

And this brings us back to the importance of the role of therapy in dealing with The Orphan's learned helplessness; that is, someone who has come to believe that they are unable to control or change their situation, so they do not try even when opportunities for change become available.

People with learned helplessness can overcome it. The most common treatment is therapy, especially cognitive behavioural therapy (CBT). The goal of CBT is to help patients identify negative thought patterns that contribute to feelings of learned helplessness and then replace these thoughts with more optimistic and rational thoughts.

A similar type of therapy is sometimes referred to as "hope therapy" based on hope theory and "the hope a person may already possess" prior to seeking therapy (Snyder et al 2004). Hope is a positive cognitive state based on a sense of successful goal-directed determination and planning to meet these goals.

Pearson maintains that "archetypal psychology... brings back insights from ancient polytheistic theologies, which teach us about the wonderful multiple nature of the human psyche."

In Jungian terms, the Innocent (young child) initially feels little or no separation from their environment but as the child develops and the adult completes their journey towards strong ego development, the "boundaries can expand" to make way for the full conscious and unconscious self (individuation) and reveal the archetypes that surface from our psyche through the collective unconscious.

The archetypes are fundamentally friendly. They are here to help us evolve, collectively and individually. In honouring them we grow.
Pearson 1989. p.xxviii

Joseph Campbell in his book, The Hero with a Thousand Faces (1970) proposes the idea that the hero's journey or monomyth is the common template of stories of human life and our journey towards Jung’s concept of individuation.

Our first heroic adventure is being born alive.