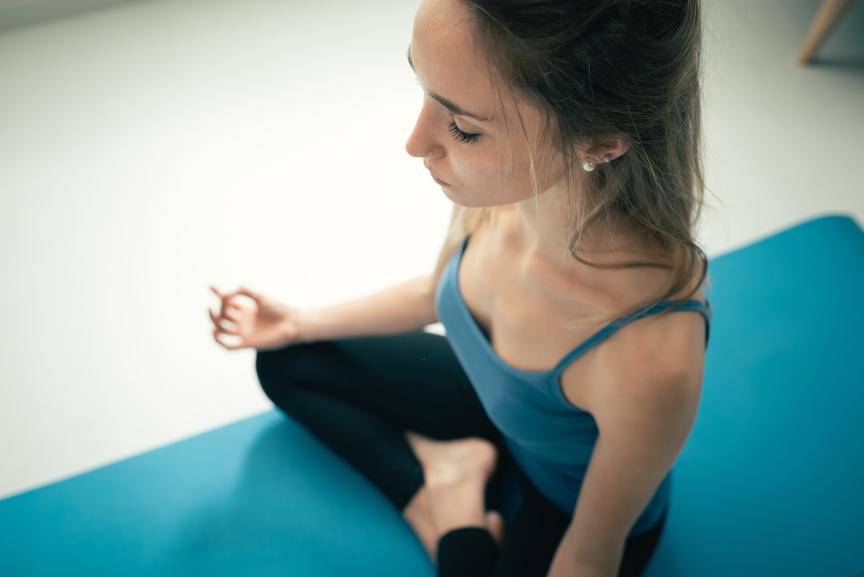 Soul-Mates on the Journey to Good Health

Physical Activity (PA) has been shown to have beneficial effects on most broad measures of health, including physical, mental and cognitive functioning, as well as on quality of life.

Yoga and Karate are two ancient Eastern forms of Physical, Cognitive and Spiritual Activities that have become broadly popular in the West in recent times. Yoga was first introduced to the West in the late 19th Century and Karate in the early 20th Century.

Yoga began as an ancient practice that originated in India around 3000 B.C.

Yoga is a group of physical, mental, and spiritual practices or disciplines.
Stone-carved figures of yoga postures can be found in the Indus Valley depicting the original poses and practices. Yoga was developed as a way to achieve harmony between the heart and soul on the path to divine enlightenment.
While Yoga is also one of the six orthodox schools of Hindu philosophical traditions, there is a broad variety of yoga schools, practices, and goals in Hinduism, Buddhism, and Jainism.
Hatha and Raja are the most well known forms; however, there are six main kinds of yoga - Hatha, Raja, Bhakti, Jnana, Kriya, Karma and each is unique..
Raja Yoga is about controlling the mind and thought waves in the mind. "The mind is like an ever flowing river, filled with rocks and bumps. The purpose of Raja yoga is to train the mind to step out of the river and help break the mind's cycle of happiness followed by pain and suffering. In order to overcome this, Raja yoga teaches us to slow down the waves in the mind until the mind-lake is calm without any waves and we can see clearly our True Nature as peace, happiness and bliss."
Hatha yoga is part of the integral system of Raja yoga and focuses on the subtle energy flow in the body known as prana. The term "yoga" in the Western world often denotes a modern form of Hatha yoga, consisting largely of the postures called asanas. Yoga in Indian traditions, however, is more than physical exercise; it has a meditative and spiritual core.  Finding a Yoga class on the Gold Coast that follows that has a meditative and spiritual core allows you to experience Yoga that is authentic.
Yoga gurus from India introduced yoga to the West, following the success of Swami Vivekananda in the late 19th and early 20th century. 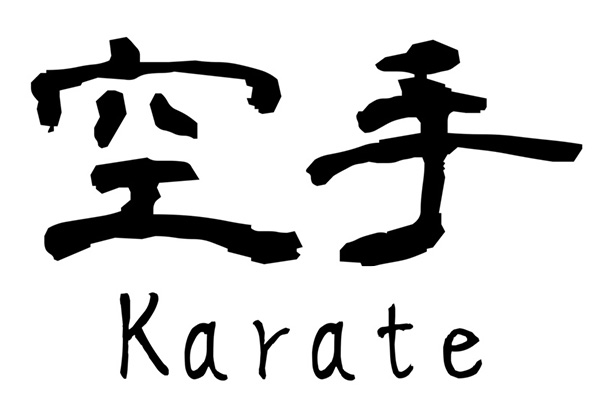 Very little is known about the exact origins of karate before it appeared in Okinawa, one of the islands in the Ryukyu chain of islands, now part of southern Japan. One popular theory states that karate as a martial art was brought by a Buddhist monk called Bodhidarma ("daruma" in Japanese) to China from India over a thousand years ago.

A large group of Chinese families moved to Okinawa around 1392 for the purpose of cultural exchange, where they established the community of Kumemura and shared their knowledge of a wide variety of Chinese arts and sciences, including the Chinese martial arts.

The policy of banning weapons by King Shō Shin in 1477, later enforced in Okinawa after the invasion by the Shimazu clan in 1609, are also factors that furthered the development of unarmed combat techniques in Okinawa
Karate developed from the indigenous Ryukyuan martial arts on Okinawa under the influence of Chinese Kung Fu. Karate is now predominantly a striking art using punching, kicking, knee strikes, elbow strikes and open-hand techniques such as knife-hands, spear-hands and palm-heel strikes.
Historically, and in some modern styles, grappling, throws, joint locks, restraints and vital-point strikes are also taught. A karate practitioner is called a karateka (空手家). The Okinanwan translation of "karate" means 'empty hand' or 'empty handed way'.

Ankō Itosu (1831-1915) is often referred to as "the Grandfather of Modern Karate." His students became some of the most well-known karate masters, including Gichin Funakoshi, Kenwa Mabuni, and Motobu Chōki.

In 1936, Funakoshi built a dojo (school) in Tokyo and the style he left behind is called Shotokan, after this dojo. Shoto, meaning "pine wave", was Funakoshi's pen name and kan means "hall".
In his book, Karate-Do Kyohan, Funakoshi quoted from the Heart Sutra, which is prominent in Shingon Buddhism:
"Form is emptiness, emptiness is form itself". He interpreted the "kara" of Karate-dō to mean "to purge oneself of selfish and evil thoughts ... for only with a clear mind and conscience can the practitioner understand the knowledge he receives." Funakoshi believed that one should be "inwardly humble and outwardly gentle."
Karate training is commonly divided into kihon (basics or fundamentals), kata (forms), and kumite (sparring). However, Funakoshi also considers "karate to be the most suitable of the many martial arts in leading to fulfilment of the need for training of the spirit."
Shortly after the end of the Russo-Japanese War, in 1906, the first demonstrations of Karate were held in public by Funakoshi and his colleagues. The establishment of American military bases on Okinawa saw the spread of Karate to the USA and other western countries following World War Two.

BOTH SIDES OF THE BRAIN

Unlike many Western sports and physical exercises that emphasise the dominant use of one side of the body, Yoga and Karate require the use of the body in all directions and on both sides of the body.
The brain contains two hemispheres that each performs a number of roles. The right and left hemispheres of the brain communicate through the corpus callosum, a fibre bridge that crosses between the two sides. 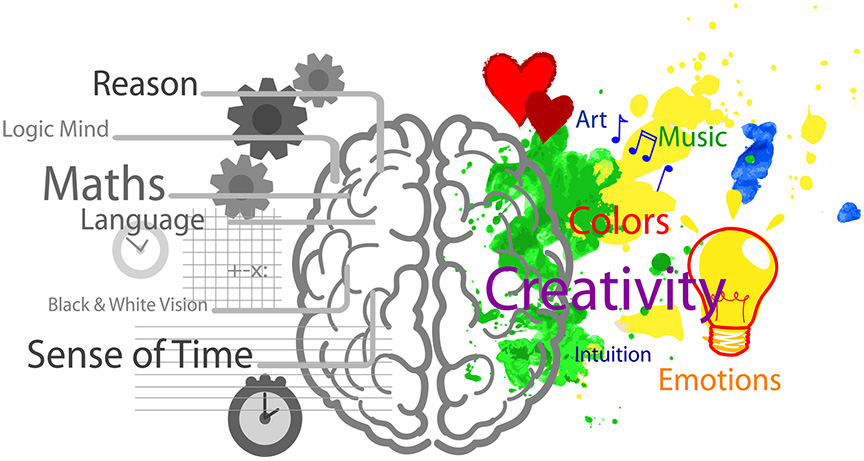 Any time you can encourage interaction between the hemispheres of the brain, you strengthen this connection.

The theory is that people are either 'left-brained or right-brained', meaning that one side of their brain is dominant. If you're mostly analytical and methodical in your thinking, you're said to be left-brained. If you tend to be more creative or artistic, you are thought to be right-brained.

Physical movements during the practice of Yoga and Karate help the brain hemispheres to communicate across the corpus callosum and therefore improve cognitive, concentration and learning powers, in addition to the health benefits from the physical exercise.

In addition to its mental and physical strength and flexibility benefits, Yoga is reported to have practical benefits in the control of diseases like diabetes and high blood pressure and assisting in the alleviation of physical injuries and chronic pains.

Karate can be adapted to suit men, women, children the elderly and the 'physically weak' to improve physical strength, stamina, flexibility and coordination in addition to improvements in cognitive powers, mental strength and personal confidence. 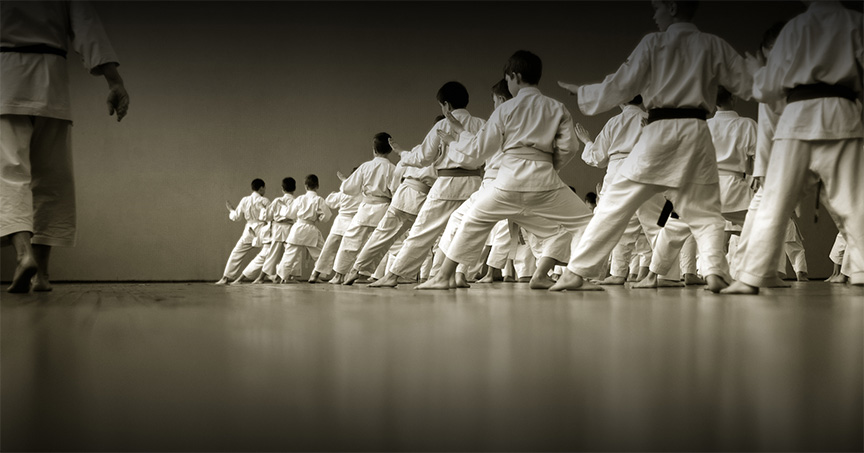 Yoga and Karate can be practised alone or in a group as a means to improving health. Scientific and clinical studies also indicate that early physical exercise interventions can have a marked positive impact on other major health conditions and issues.

Studies have shown that physical exercise reduces problem behaviours such as repetitive behaviours, off-task behaviour, mouthing, self-injury, disruptiveness and aggression in those with autism spectrum disorders.

Evidence indicates that short-term aerobic exercise, based on several aerobic intervention formats, seems to be effective for mitigating symptoms such as attention, hyperactivity, impulsivity, anxiety, executive function and social disorders in children with ADHD.

Mild Cognitive Impairment (MCI) and Subjective Cognitive Decline (SCD) both represent continuous early phases of cognitive decline. They may lead to the development of dementia in some individuals. Hearing Loss is also associated with Dementia.

"Physical inactivity has been recognised as a key contributor to many non-communicable diseases (NCD) and is now identified as the fourth leading risk factor for mortality globally.

Dementia is one of the many medical conditions associated with physical inactivity, with 17.9% of the population-attributable risk of dementia in Australia ascribed to low levels of Physical Activity (PA).

There is increasing evidence that it is feasible and safe for older adults with MCI or SCD to participate in PA and exercise. In addition, older adults with MCI or SCD who participate in PA can gain health benefits such as improving cognitive outcomes, physical health and physical function. Thus, the individual, social and health economic benefits of PA for older people are compelling."
(© University of Melbourne 2018) 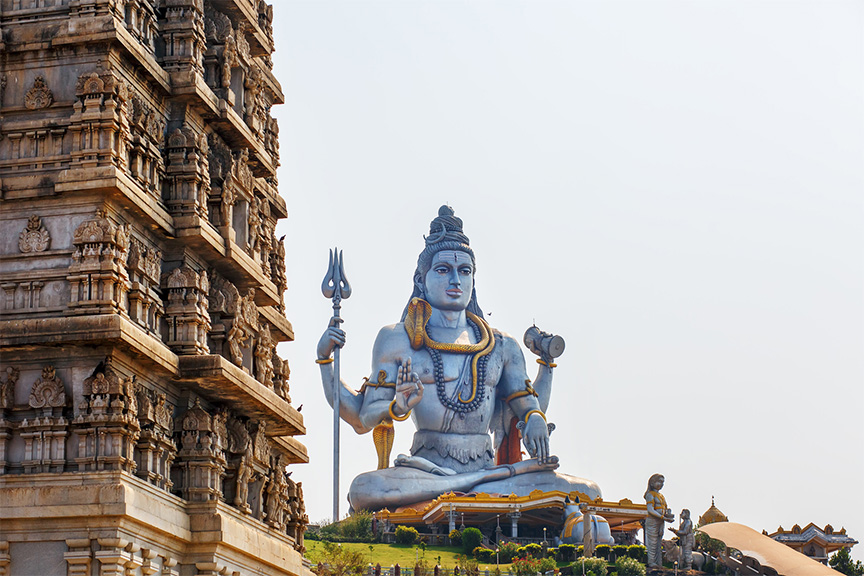 The rising popularity of the ancient wisdom and practises of Yoga and Karate is based on the clear health, spiritual and physical benefits they provide to individuals immersed in the stresses of contemporary life.

Yoga and Karate are also designed to open up and strengthen the connections between the left (logic) and right (creative) brain hemispheres through the corpus callosum thus improving cognitive and artistic functions in individuals.

In the future the use of targeted and holistic physical and spiritual activities such as Yoga and Karate may also become major contributors to the control and slowing down of NCD's such as Autism, ADHD and Dementia (to name a few).
For those who have not yet tried Yoga or Karate, give it a go. You may well surprise yourself and enjoy the experience.